This post is going to be short and sweet because my eyes are feeling quite heavy at the moment. We had our first staff meeting of the school year today, 8pm to be exact. Doreen, (EIC) went over some of the main points and focuses for the upcoming semester and a lot of fun and exciting stuff is coming up to look forward to. Err I don't know what else to say about the meeting except that there were some very nicely dressed people in attendance and that I'm fairly certain my arm was resting on a bicycle tire for the most part. Still for anyone that is considering joining the magazine I strongly suggest attending our first general meeting on Sept 3 (I'll post the whereabouts as soon as I know) it'll be a very fun engagement with slideshows and free food! Also I know someone left a comment asking me to post what I wore for my first day of school but by the time I got home I was soaked in sweat and very smelly so I opted not to. Sorry! It was pretty casual outfit: white tank from American Apparel, black high waisted shorts, F21 belt, and my trusty patent leather flats.
Below are a few pictures I took of some of the staffers, I didn't take a picture of myself because I looked gross :). 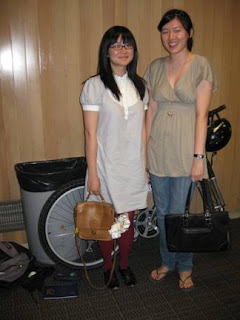 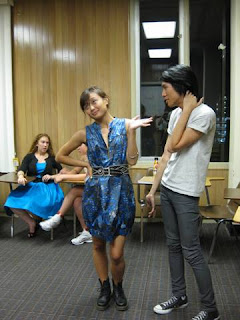 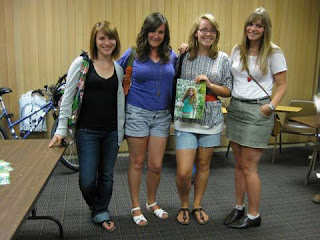