In the third grade I had one speaking part in our school’s annual music performance, and I pretty much botched it up by calling my plankton friend a whale. A novice mistake, perhaps, but I haven’t attempted any sort of acting since then, and in the age of YouTube and Facebook, let’s just say I would like to keep it that way, thank you very much. Having resigned myself to an unglamorous career in law or finance (boooo Wall Street), my only regret is that I’ll never get to experience the completely superficial joy of trying on tons of pretty dresses for my red carpet premiere. And if I know my fantasy will never come true, then at least I can get the next best thing—picking out my dream dresses and Photoshopping them onto the actresses who can wear them. Creepy? A little. Fun? Most definitely. 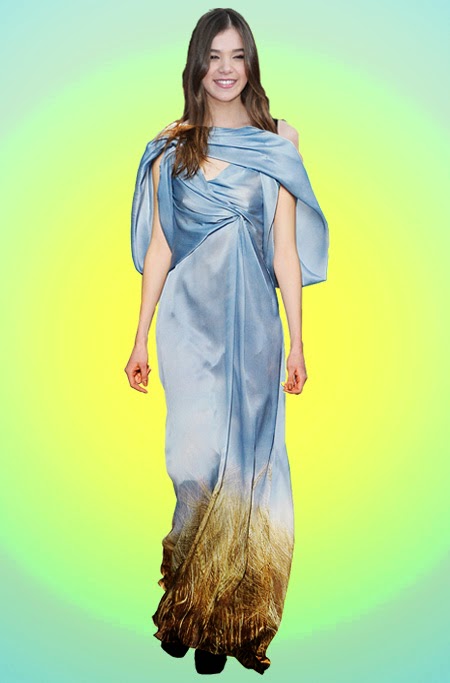 I’ve got a lot of Cal school spirit, and nothing would make me a prouder momma bear than seeing this dress by Berkeley grads Kate and Laura Mulleavy on the extremely talented Hailee Steinfeld. Hailee—whose performance as Mattie, the precocious half-pint bent on avenging her father’s death, manages to steal the show from both Jeff Bridges and Matt Damon—proved she’s got fashion cred when she wore a knee-length dress from the much coveted SS 2011 Prada and turned it into a floor skimming stunner. No doubt this Rodarte dress would look just as beautiful on her, and really, what better way to celebrate your role in a quintessential Western than to wear a gown that features feathery ears of wheat and a wide, open blue sky? (I’ll tell you…none!) 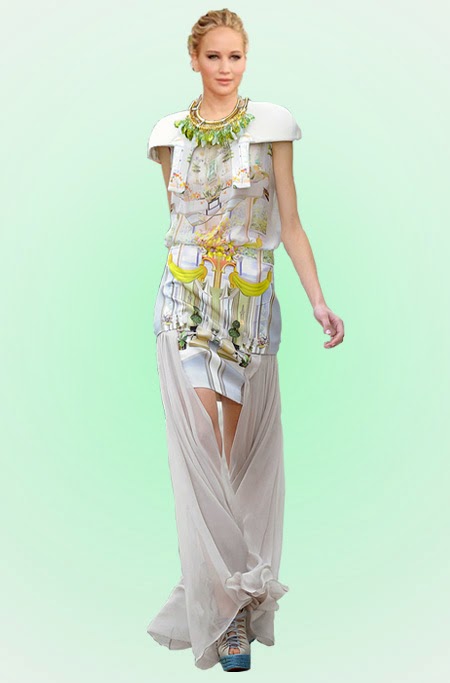 Confession: I have never seen Winter’s Bone. Nor had I heard of Jennifer Lawrence until this awards season. So why am I picking out an outfit for an actress I hardly even know? Because despite her beach blonde locks and tanned skin, I think Lawrence has the right stuff to pull off one of the season’s most graphically striking looks. The Oscar red carpet is famous for its glamour and beauty, but this Mary Katrantzou dress is bold enough to shake up the parade of ruffles and draping without overstepping the bounds of what’s proper. It’s a bit of a stretch, but one can always hope, right? 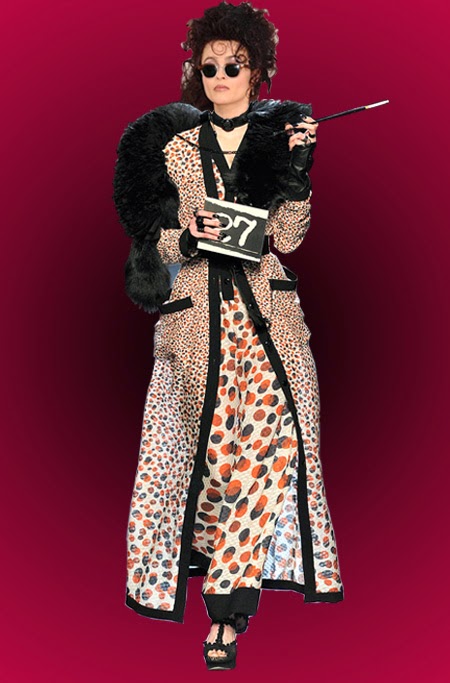 Helena Bonham Carter (or HBC, as she’s known to some fans) is the Queen. Yes, she rules over the Land of All That Is Awesome with an eccentric flair that none have managed to copy, though many have tried. Granted her portrayal of Queen Elizabeth was a bit more, ah, subdued, but out of character this royal fixture has sported everything from mismatched shoes to a deconstructed bustier. So yes, I dare you to ask her why she looks a tad bit like Cruella de Vil in this picture—just don’t blame me when you’re sentenced to a lifetime of taking out Her Highness’s chamber pot! 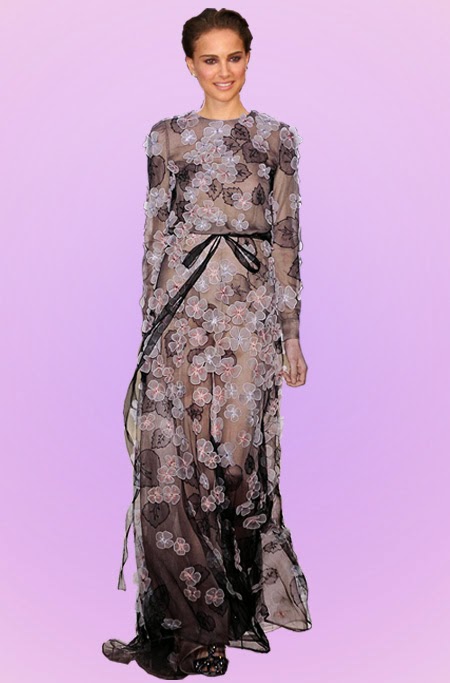 Pregnant or not, it is pretty much a fact of life that Natalie Portman can pull off any outfit that has ever existed in the history of forever. Thankfully she’s more than just a pretty face, and her turn as a psychologically disturbed perfectionist in The Black Swan haunted my waking hours for weeks. This delicate Valentino dress would help to counteract some of the crazy that I still see when I look at her pictures, plus it’s got one feature that never gets enough love on the red carpet: sleeves! If that hasn’t convinced you, then just think of how lovely those flowers will look on her baby bump—like a patch of wildflowers growing on a hill.

So what do you think of my predictions? Spot on, or totally wack? Tell us what you think the stars will be wearing on their big night!

All images courtesy of Vogue and composed by the author.