Animal Super Species @ The Bottom of the Hill 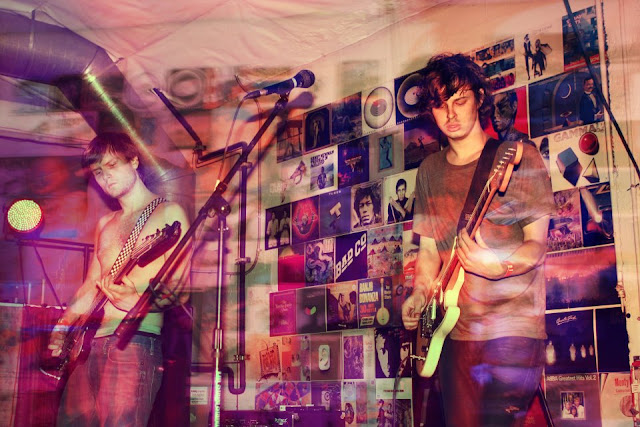 Itching to get out of Berkeley? Need a reason to go to the great city of San Francisco? Craving some new tunes and a good time? Then come to Bottom of the Hill in San Francisco on Tuesday, July 31st!

Animal Super Species, described as one giant combo of "alternative, dance, electronic, garage-pop, & rock", will be performing in promotion of their debut album Yearbook.
If you haven't been out to Bottom of the Hill before, it is a must-go-to venue if you are keen on more intimate shows that allow you to mingle with the talent before & after the show. Some indie rockers who have graced its stage include the Miniature Tigers, !!!, Tennis, and MGMT.
Hailing from Santa Cruz, Animal Super Species has vocals reminiscent of The Strokes’ Julian Casablancas and beats so fun and rocky that they can be considered a cross between Starfucker and Queens of the Stone Age.

Album cover for Yearbook
New album Yearbook has been praised as "a fresh anthology of dance rock anthems. Constantly teetering between sexy dance grooves and ferocious rock riffing, their sound brings back '90s grunge and simultaneously invokes nostalgic premonitions of the future." No strangers to playing shows all over the Bay Area - including cities such as San Jose and our very own Berkeley - on the 31st they will be hitting up Bottom of the Hill with other rad local bands La Montagne and Fever Charm.
This event is only $10, so save that extra cash you were planning on using for your daily Starbucks runs, and use it on a good time. It is also an all ages event - so IDs are not necessary unless you plan on buying beverages. Animal Super Species go on at 9pm sharp, so don't arrive too fashionably late!

Be sure to check out Animal Super Species' debut album Yearbook and find out more about the event here.

"Leave It Dead" - The first single off their debut album!


Photos courtesy of Bottom of the Hill and author of this post.