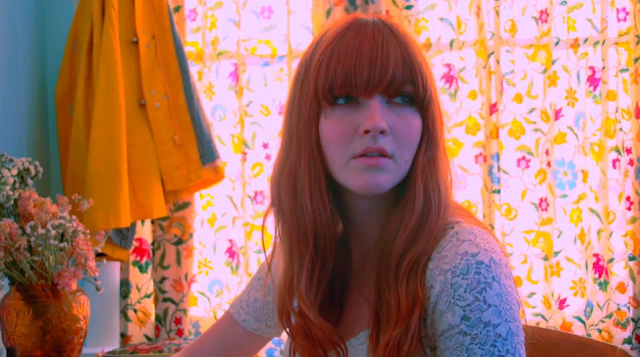 Seeing a band perform live for the first time always makes me anxious—especially if it’s one of my favorite bands. To me, it could either be a hit or miss—the performance either confirms my love for the band, or it can turn me into a disappointed critic that listens to their music secretly.

It’s safe to say that La Sera didn’t disappoint me when I attended her show on Friday November 12, 2012 at the Chapel in San Francisco. In fact, the bands’ performances were much more than I had expected, that I left the show with 2 new vinyls in hand.


The show opened with San Francisco-based all girl band The She’s. Despite the fact that they seemed a little bit nervous and new, their surf pop-rock sound, melodic harmonies, and well-written songs impressed me. They reminded me a lot of the Best Coast with an altogether better live sound—less distorted vocals, less talk about weed, and a much more fuller sound. There is no doubt that these girls are talented and extremely mindful of their music. While I thought they might be a bit younger, it wasn’t until I chatted with a few of the band members in the crowd that realized that they were significantly younger than I initially thought (All members are in high school). I’m positive that The She’s will blow up in the upcoming years.

Next up for the final act was La Sera. Katy Goodman (of Vivian Girls) proved that not all indie-rock bands sound mediocre live; her performance definitely proved her talent as a musician and a songwriter. It is apparent that she knows exactly what she’s doing. Her sweet-sounding melodies, catchy bass lines, and pop punk sound a bit different from Vivian Girls’ usual low-fi tunes, and her songs about love and heartache are well crafted that they didn’t seem repetitive or boring. Guitarist Tod Wisenbaker’s crazy guitar skills also added a fresh element to the performance, proving that this side-project isn’t just some half-assed hobby. Katy along with her evidently seasoned band members managed to keep the house full and the heads bobbing throughout the night.

La Sera played songs from both her newest album “Sees the Light” (2012) and self-titled “La Sera” (2011). Watching them perform some of my favorite sing-a-long songs made me appreciate Katy’s musicality even more. This performance, especially their encore of The Smith’s “Still Ill,” definitely confirmed myself as a La Sera fan.

Here’s a video of the entire performance:


And my favorite songs from the show:

The She's - Then It Starts to Feel Like Summer